Our first episode of Scott Barretta’s Highway 61 blues program from Mississippi Public Broadcasting features the music of the late Rev. Robert Wilkins & his son, Rev. John Wilkins of the North Mississippi hill country, with classic recordings and live performances plus contributions by the Rolling Stones and the Hunter’s Chapel Singers with Fred McDowell.

[03] Rev. John Wilkins: I Wish I Was in Heaven Sitting Down

[12] Rev. John Wilkins: How You Feel This Morning?

[17] Hunter’s Chapel Choir with Fred McDowell: This Little Light of Mine

[18] Hunter’s Chapel Singers with Fred McDowell: You Got to Move

[20] Rev. Robert Wilkins with John & Douglas Wilkins: I Wish I Was in Heaven Sitting Down 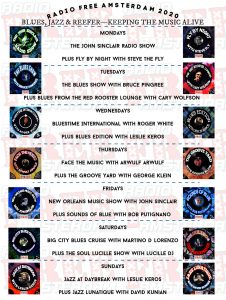