Founded January 1, 2005 and operated as a project of the John Sinclair Foundation, Radio Free Amsterdam is a grassroots experimental, internet radio, with unique music & arts programming contributed by independent broadcast producers from around the world and beamed out from our underground headquarters in Amsterdam, over our 24-hour live broadcast stream. Posted as daily broadcast episodes that remain archived on the Radio Free Amsterdam website. 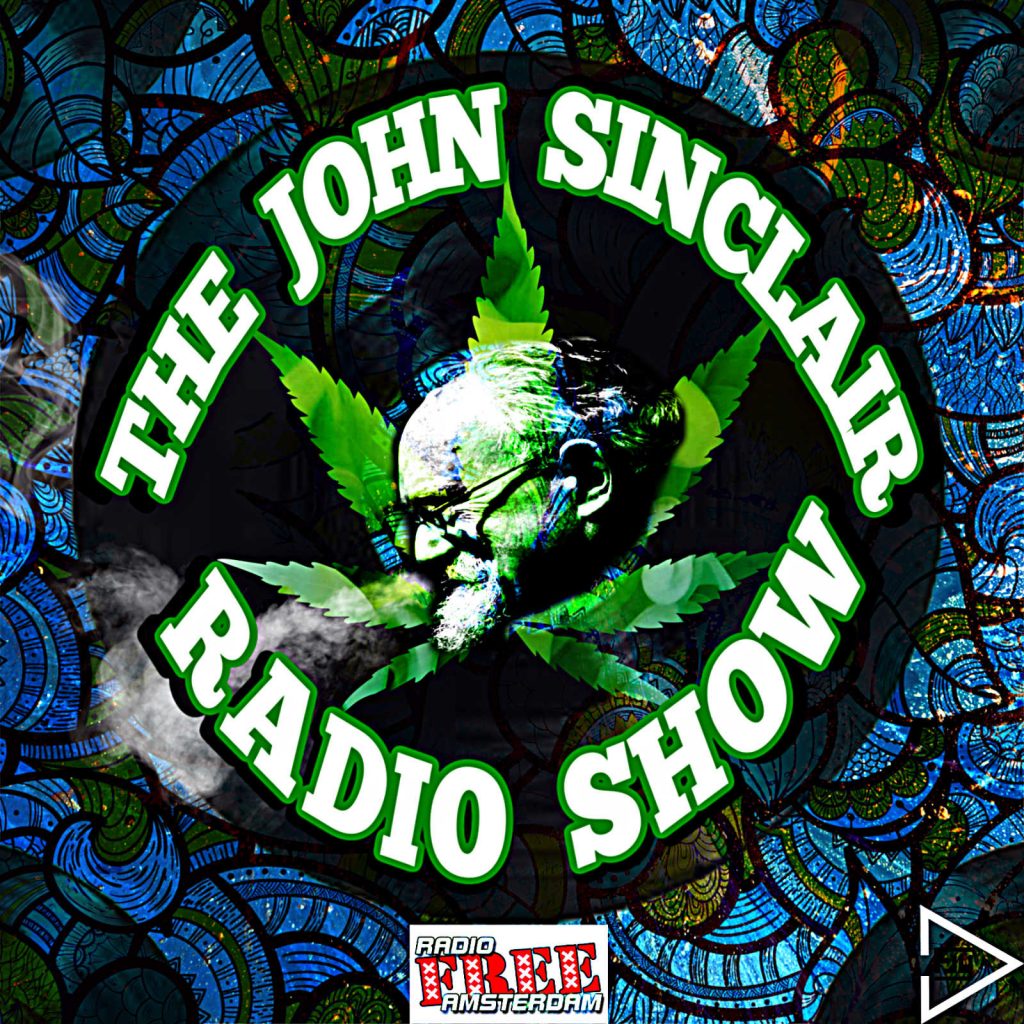 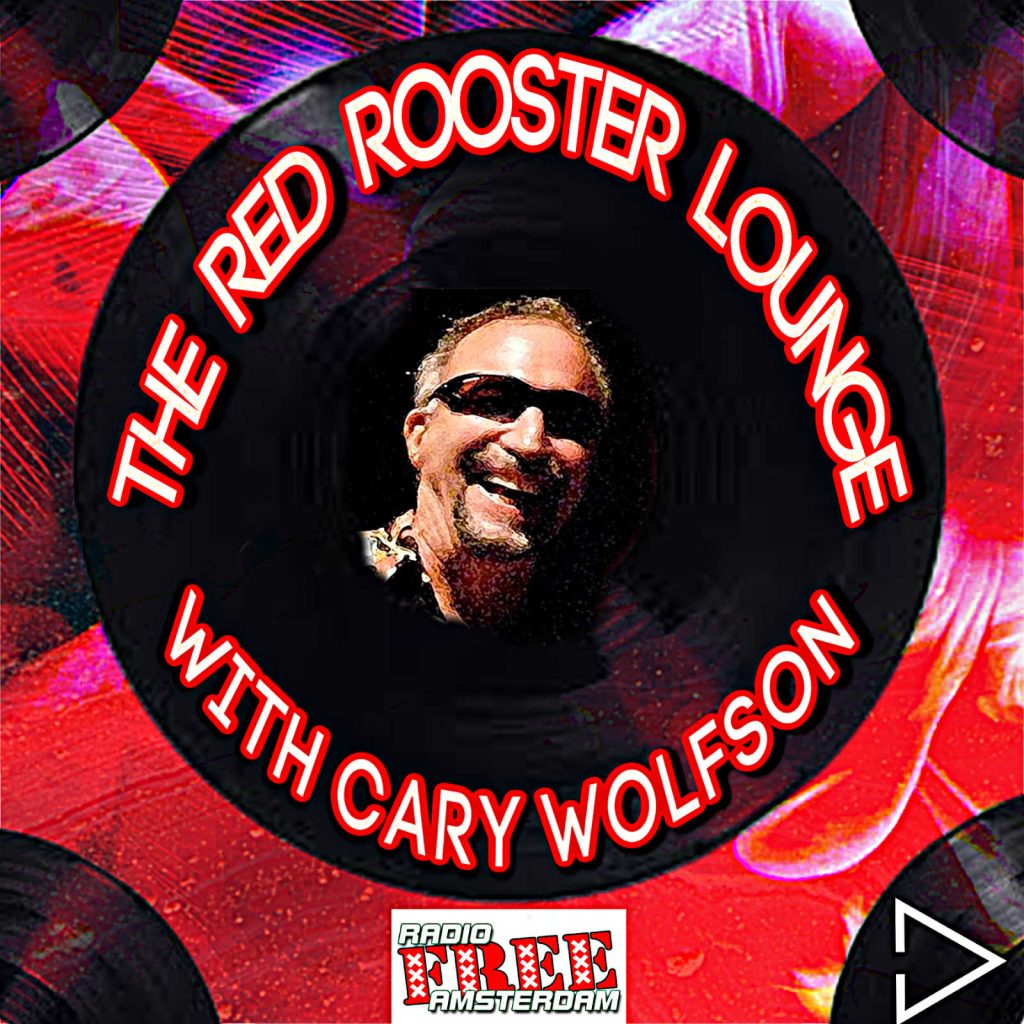 The Rooster was the founder and publisher of Blues Access Magazine for 12 years. He has twice been honored with W.C. Handy Keeping the Blues Alive awards from the Blues Foundation in Memphis, TN. He’s also won awards recently for his photography and is an avid long-distance bicyclist.

Blues From the Red Rooster Lounge is Colorado’s longest-running blues radio show and has attracted a cult following since April 1985. The Red Rooster is a world-renowned authority on the blues and every week he cranks out a lively hour’s worth of “Rooster Music,” an infectious blend of blues and R&B, with a touch of gospel and lost soul tossed in.

Blues from the Red Rooster Lounge originates on Boulder’s KBCO 97.3 FM and airs weekly on 5 radio stations around the U.S. and on Radio Free Amsterdam every Thursday at 4:20 am.

BEYOND THE GROOVE YARD WITH GEORGE KLEIN

Beyond the Groove Yard emphasizes a continuum of music stretching from Congo Square to the present, with many offshoots and tributaries. Focusing on the early modern jazz of the LP era allows us to look back to the origins and forward to newer developments, and to see them as part of the continuum.

The program features portraits of individual musicians whose voices were captured by the greater recording capacity of the LP. And there are occasional explorations of themes and influences, ranging from Afro-Caribbean and global aspects to spiritual and gospel roots—designed to show the richness and vitality of the continuum.

George Klein grew up in Philadelphia, attended San Diego State College and the University of Oregon, and taught English and humanities at Eastern Michigan University in Ypsilanti and Wayne State University in Detroit. All the while he was listening to jazz and collecting records.

George’s entry point into jazz was at the peak of the LP era in the late 50′s and early 60′s, especially with independent labels such as Blue Note, Prestige, Atlantic, Riverside, Savoy and Pacific Jazz. The first jazz radio to get his attention was WHAT-FM in Philly.

To balance his academic life, George joined WEMU in 1982 and hosted several different programs in addition to live broadcasts of the Montreux-Detroit Jazz Festival and other music events in southeast Michigan. By the mid-80′s he moved to an administrative position at Eastern Michigan as director of the Study Abroad office, but he remained committed to jazz radio.

For 25 years—from 1989 until he left WEMU in 2014—George was the volunteer host of The Groove Yard, a program focusing on early modern jazz of the 1950s & 60s. Beyond the Groove Yard began life on taintradio in November 2014 and explores early modern jazz and related music.  Contributing the program series to Radio Free Amsterdam beginning January 2, 2015 will present this vital music to a wider range of listeners. This music lives.

Beyond The Groove Yard 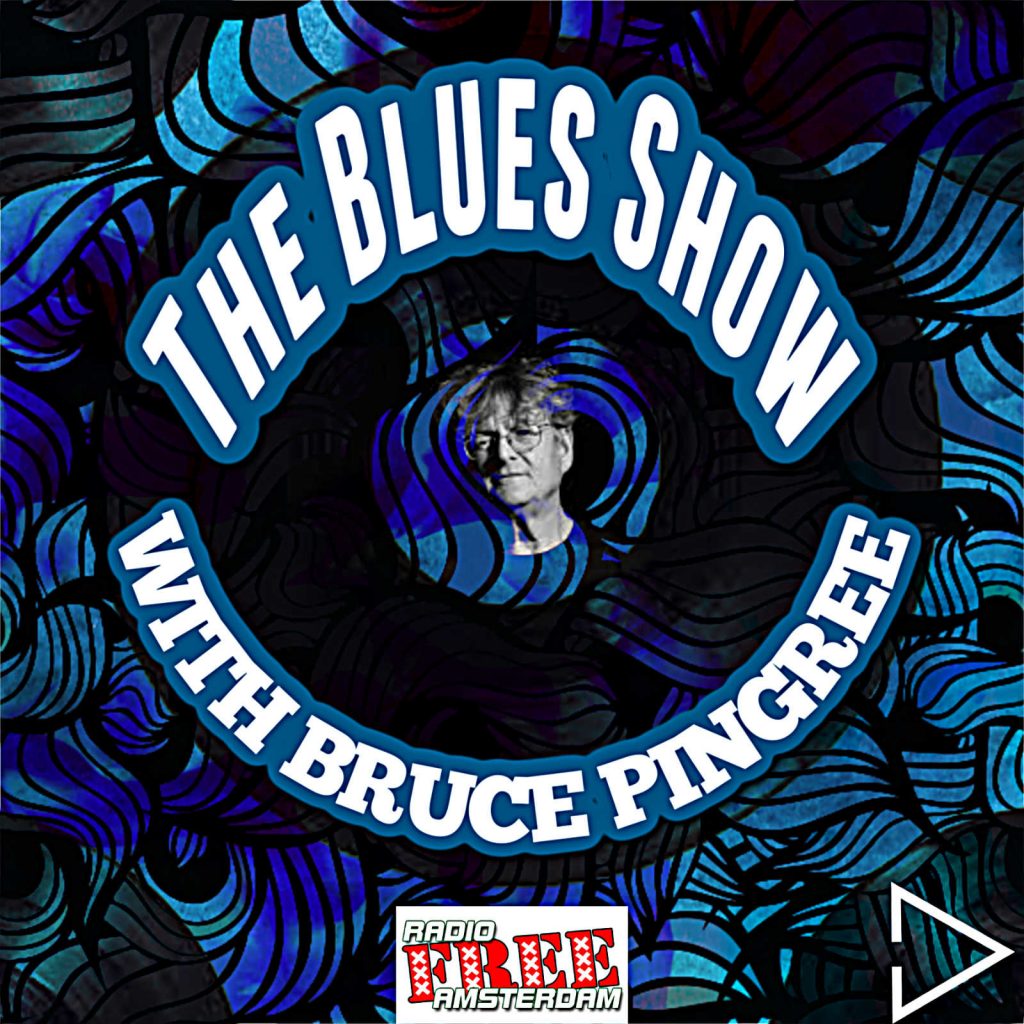 Bruce Pingree has hosted The Blues Show at WUNH-FM at the University of New Hampshire since the early 1970s and is now heard every Tuesday on Radio Free Amsterdam. Pingree is the general manager of The Press Room in downtown Portsmouth where he has worked for the past 32 years, showcasing local musicians with jazz, blues, folk, R&B and Latin jazz performances seven nights a week.

Recently Portsmouth Citizens Bank and WMUR-TV named Bruce Pingree the “Heart of Your City” for his outstanding commitment and positive impact on the community of the city of Portsmouth.

“My dad was an actor and director for the Concord Community Players so I developed a respect and passion for the arts early on,” said Pingree. “I think it is so important to keep music and the arts alive in our local communities and inspire our youth to do so as well. It helps our neighborhoods become more vibrant and culturally diverse.”

Pingree is involved with many local nonprofit organizations and initiatives. He is a long-time supporter of the Seacoast Local (H)EAT campaign, which raises funds for food and fuel assistance in the greater Seacoast area. Pingree is one of the founders of WSCA Portsmouth Community Radio and served on the board of directors for 10 years. He also helps organize local cultural events including the Jazzmouth Poetry & Jazz Festival, RPM International Music Challenge and the Portsmouth Halloween Parade.

“It’s hard to be a part of this community,” said Sarah LaChance, “and not know Bruce Pingree. Even if you don’t know who he is, you have most likely still benefited from his involvement. Bruce is an avid supporter of the arts and is always willing to lend a hand, a space, a connection and his thoughts to help. I’m thankful to have Bruce in our community and can’t imagine the Seacoast without him.” 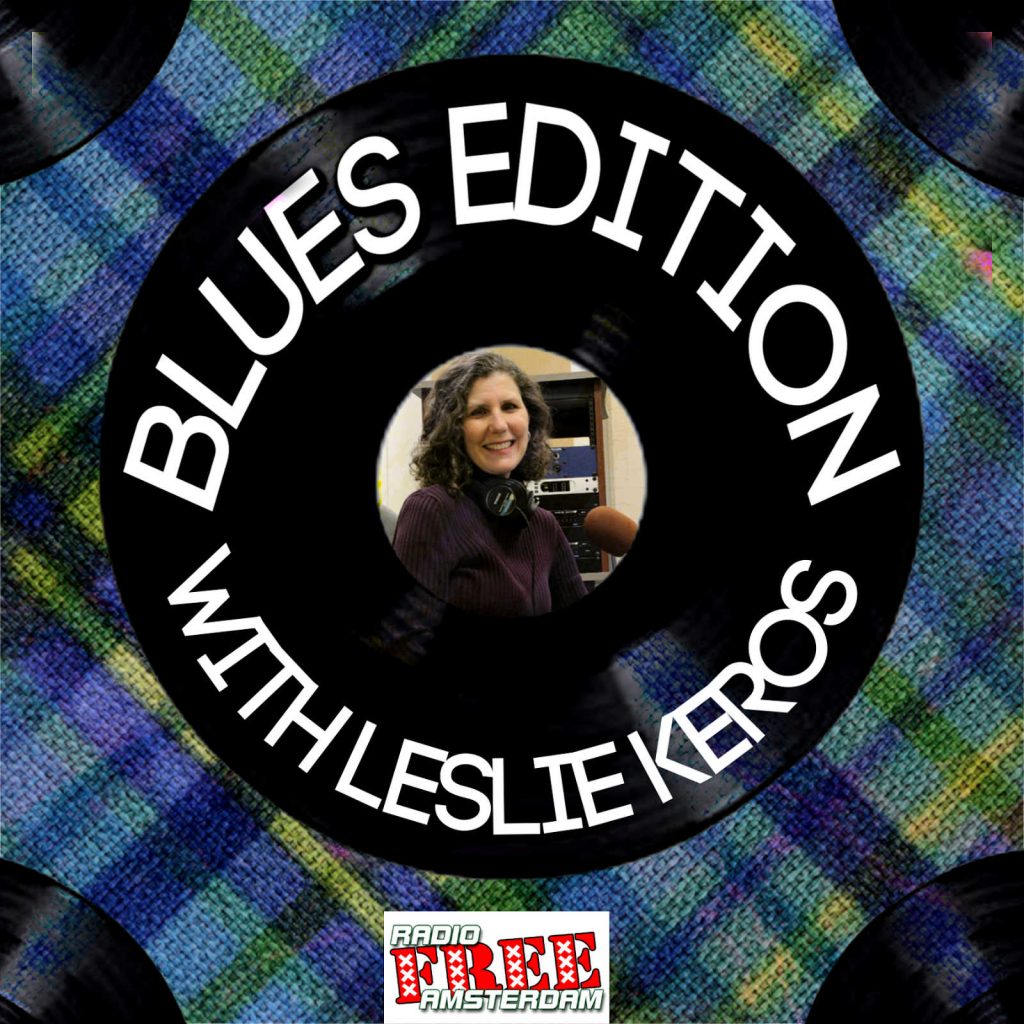 A manuscript editor by day and a disc jockey by night, Leslie is the host of two radio shows, Chicago Bound and Messin’ With The Blues, for WDCB-FM in Chicago. A native of the Detroit area, she grew up steeped in music, taking piano lessons at age 7, singing in choirs, and attending fine arts camp every summer until high school. She entered college intending to be a music major but was seduced by English literature, a romance that eventually spawned a career in book publishing.

Music returned to the ascendancy in 2000, after Leslie moved to Chicago and began hosting Crossroads, a new show at the University of Chicago’s small but storied radio station, WHPK-FM. Crossroads featured everything from bebop to boogie woogie, from acid jazz to West Coast cool, performed by the greats and the up-and-comers who know how to swing. In 2010 Leslie began co-hosting Blues Edition at WDCB-FM, featuring blues music from the ’20s to the present, performed by the fathers of the genre and their contemporary progeny.

In 2014 Leslie developed two new shows, Chicago Bound and Messin’ With The Blues, to replace Crossroads and Blues Edition, and now both shows run on Radio Free Amsterdam back-to-back every Wednesday. 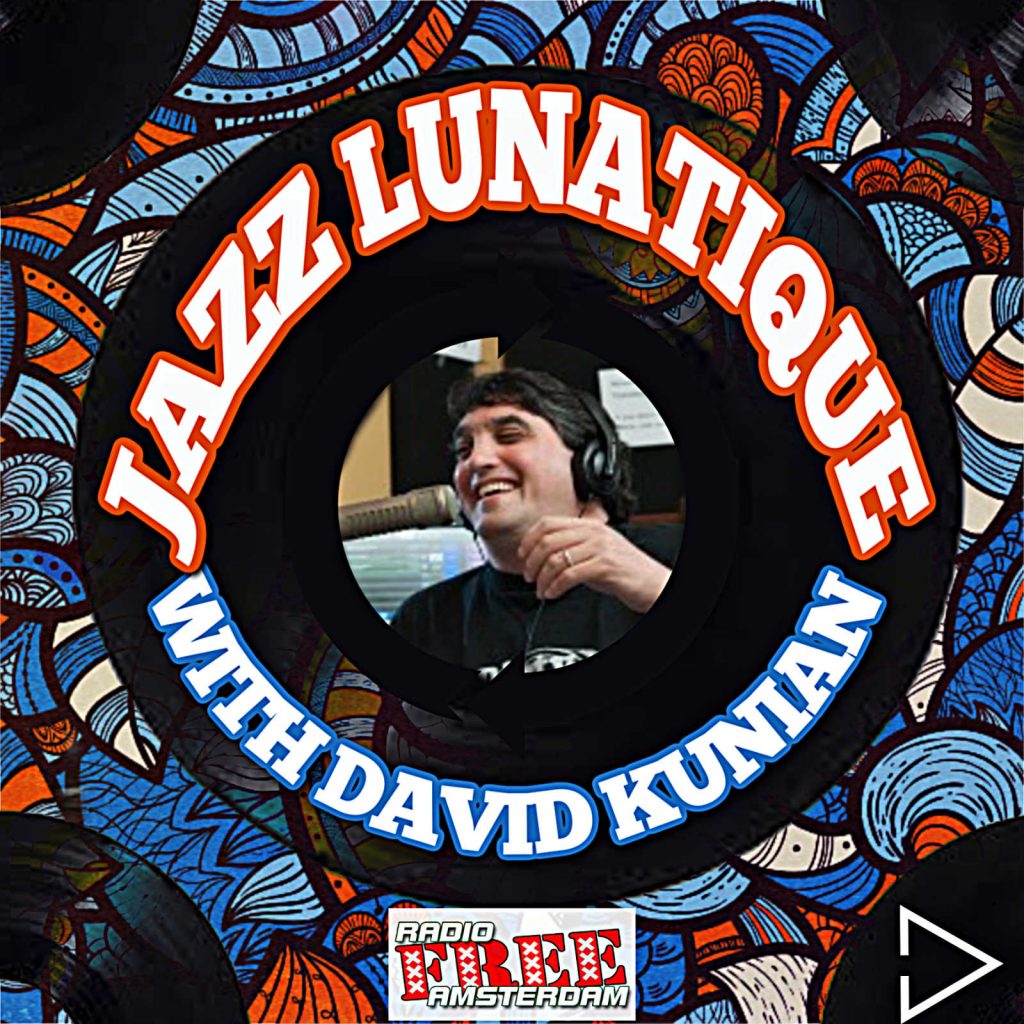 David Kunian is celebrating more than 20 years of broadcasting at WWOZ-FM in New Orleans where he currently hosts The Kitchen Sink show (known here as Jazz Lunatique) and for 15 years presented the Overnight Jazz Show.

He’s also an award-winning producer of unique radio documentaries on James Booker, Earl King, Guitar Slim and other historic musical figures, all broadcast and archived by Raio Free Amsterdam. Kunian’s radio philosophy is to take it from background music for the slavery of daily drudgery to foreground music for revolution of the mind and soul.

Highlights over the years have included several interviews with Santa Claus on Christmas Eve, the annual New Year’s and Summer Solstice Shows featuring three hours of Sun Ra, the reading of the Declaration of Independence over recordings of the Star Spangled Banner around July 4th, and the annual celebration of James Booker’s birthday on December 17.

Most of these programs may now be heard in the Vintage Radio Vaults in the Radio Free Amsterdam archives. 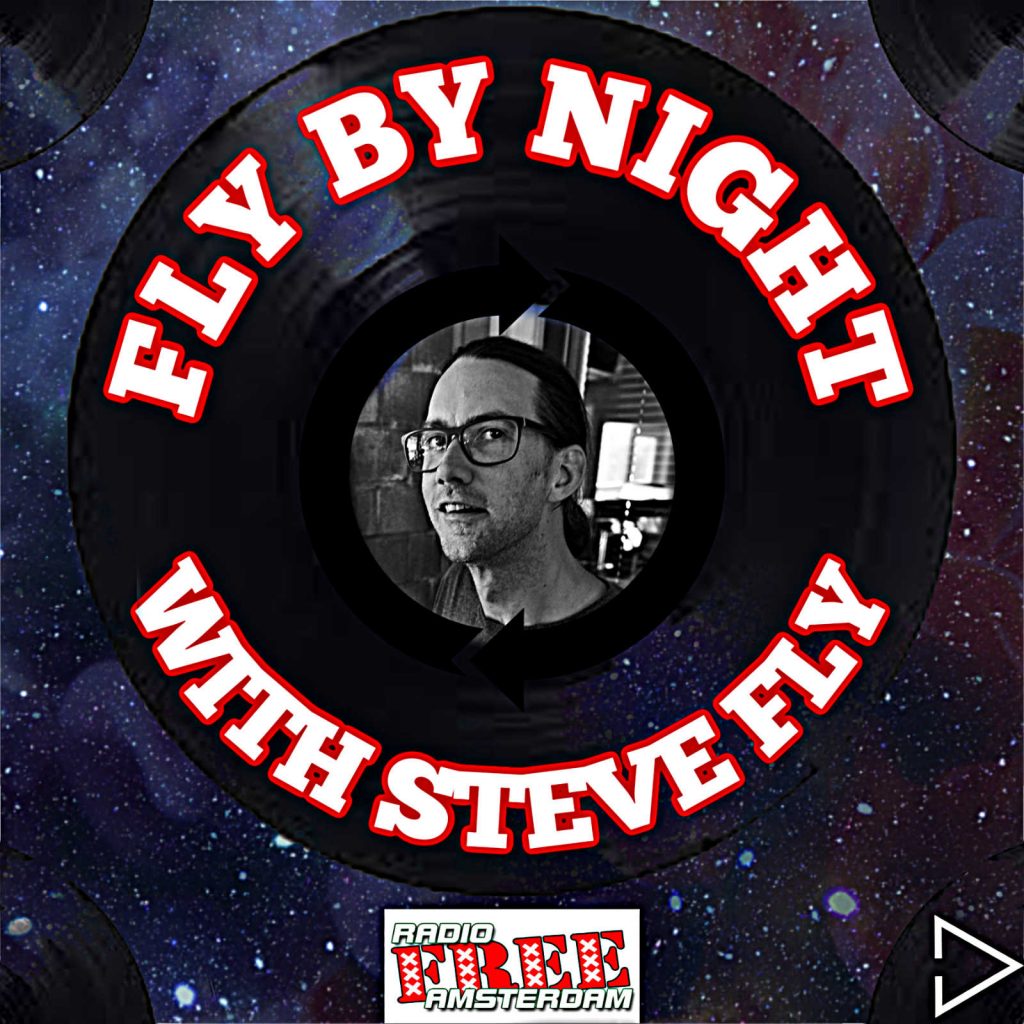 Steve The Fly is a native of Stourbridge UK now an Amsterdam resident who plays drums, spins vinyl, writes novels and literary and cultural commentary, maintains a flock of websites and works in various other art forms without visible restraint.

Steve is a set member of John Sinclair‘s band the Amsterdam Blues Scholars and has also performed with John Sinclair and the Vipers at the Vipermad parties which are held during the week of the Cannabis Cup in Amsterdam. For Radio Free Amsterdam Steve records a weekly show called ‘fly by night’ 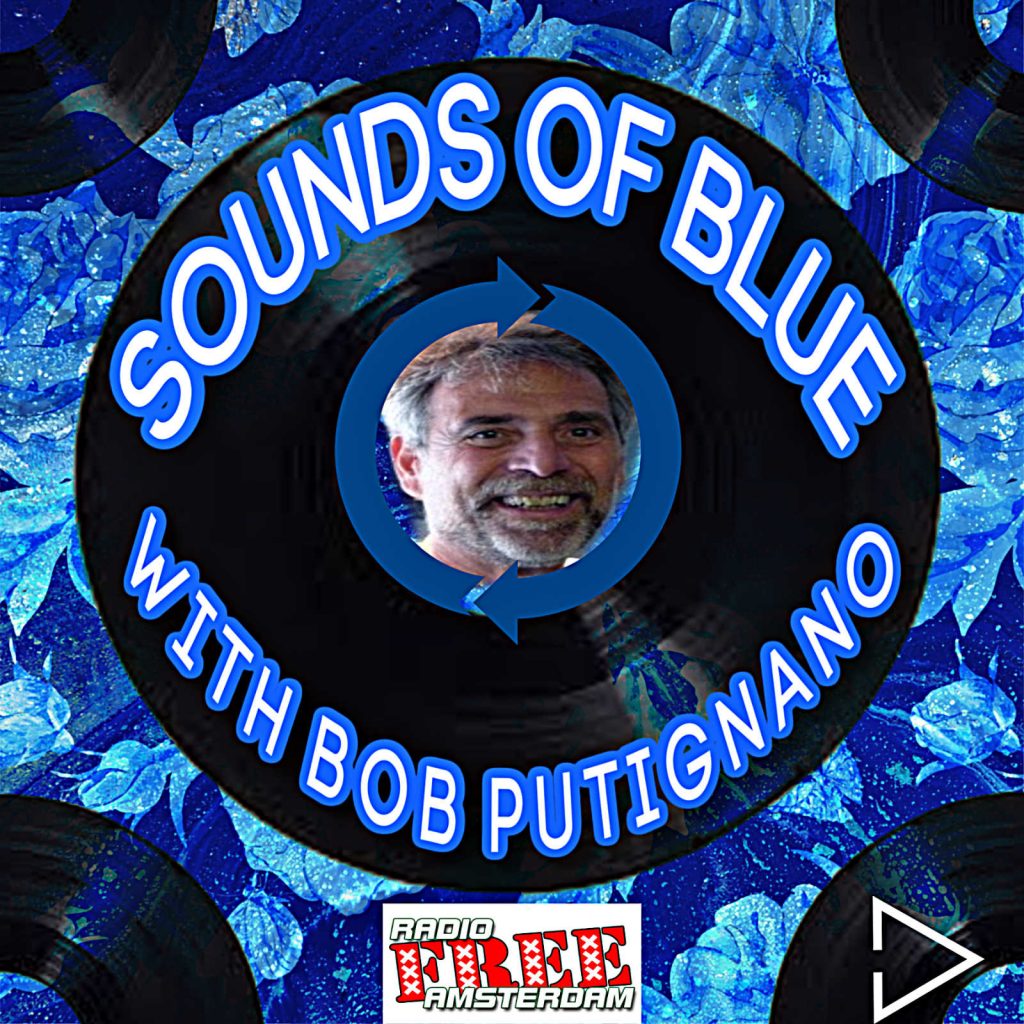 Bob, along with his profitable track record in the computer industry and Internet communications arena, founded his own profitable computer hardware/software company, (1979-1991).

He was the architect of the 2002 KBA-Award- Winning, web site (www.NYBluesandJazz.org). Bob possesses the essential management ability and electronic media savvy to enhance presence in today’s burgeoning electronic-communication/media environment. He is responsible for growing the circulation of the New York Blues & Jazz Society’s bi-weekly electronic newsletter (E*BluesNews) to (at last count) over 5,000 jazz and blues fans!

Equally at home within the entertainment field, Bob is an experienced coordinator, organizer and host of live blues music parties, concerts and festivals, presenting leading artists on the blues music scene today.

He is the radio deejay host of (Fairleigh Dickinson University Radio) WFDU’s program, the 2003 Keeping the Blues Alive award winning “The Sounds of Blue”, through which he presents a variety of recorded blues music, as well as live performances and interviews with blues and jazz musicians and industry-related journalist, and recording label executives. It should be noted that with just three years at WFDU Bob was the second largest fund-raiser for his “Sounds of Blue” radio show.

On Saturday 2/21/2004 from 6pm-midnight, Bob has orchestrated a special all live six hour performance radio program at WFDU. This show closes out WFDU’s fund drive, and features many of New York’s top musicians. 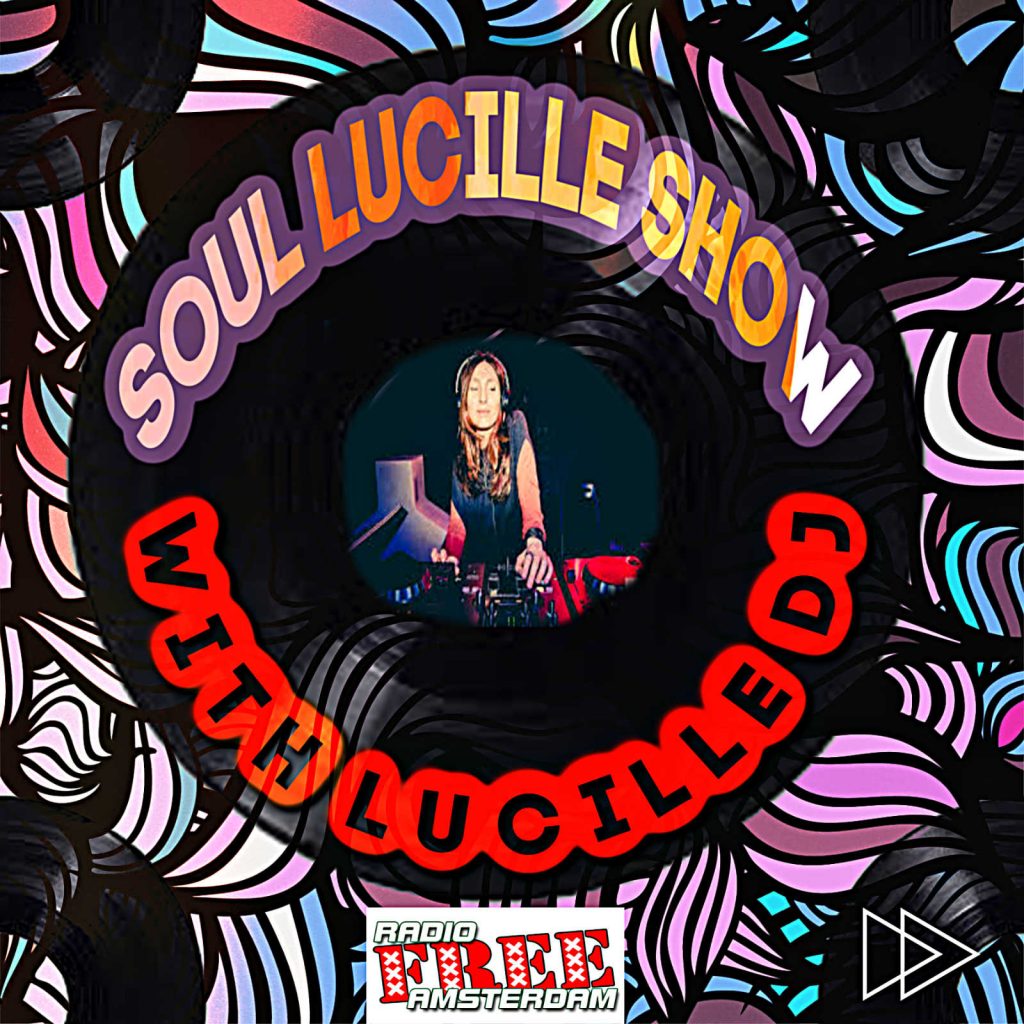