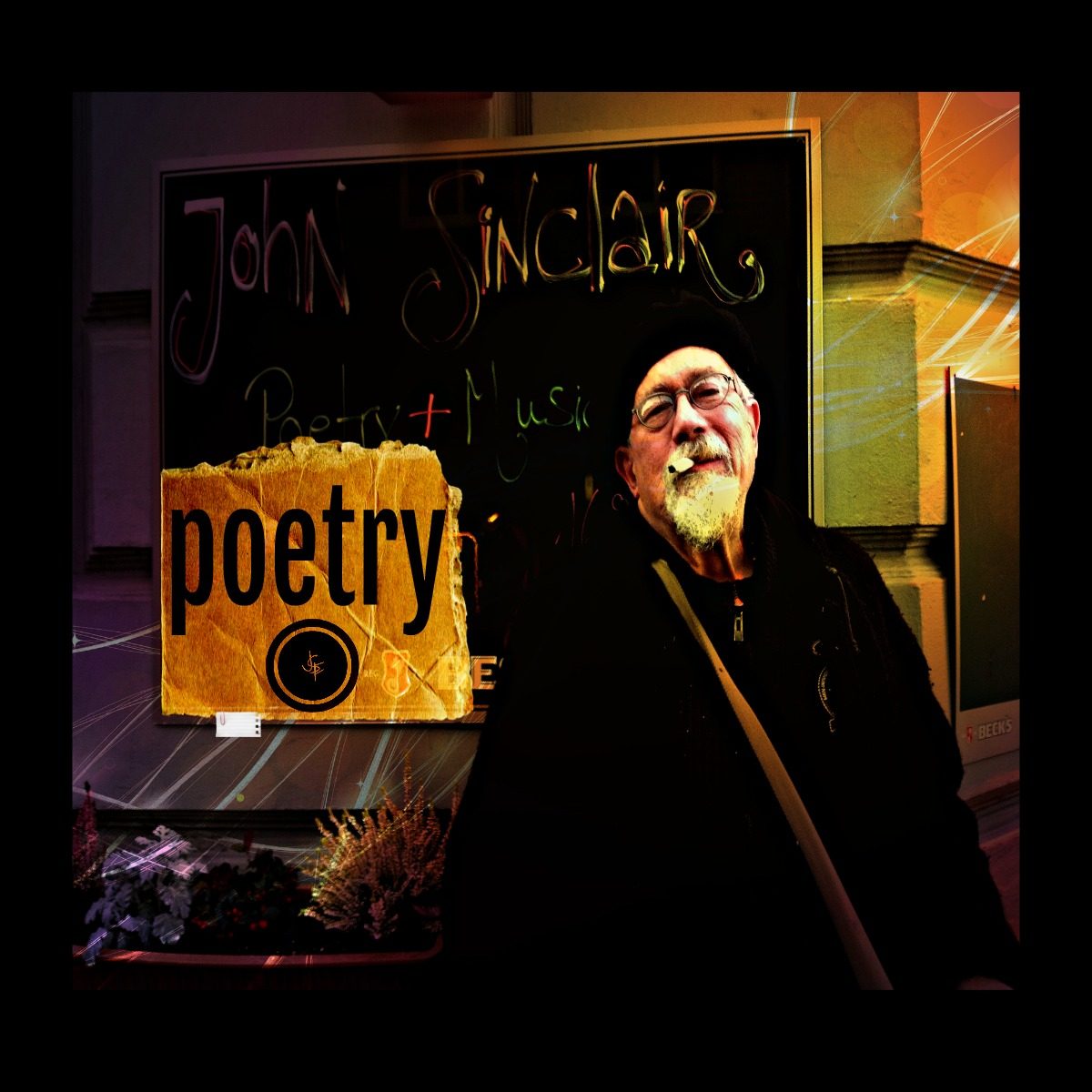 (Detroit)—Poet/author/bandleader John Sinclair will release a plethora of new literary and recording projects with a variety of publishers and record outlets in 2020. First to appear will be a 2nd edition of Sinclair’s ground-breaking blues poetry book Fattening Frogs For Snakes: Delta Sound Suite, initially published by Dennis Formento at the Surregional Press in New Orleans in 2002. The new edition will be published by Horner Books in Flint, Michigan.

FFFS will also be honored in the fall with the release of a 4-LP box set of the poet’s recording of the four sections of the text with ensembles from New Orleans, Detroit and Mississippi, accompanied in the box set by the new printing of the book of Fattening Frogs For Snakes: Delta Sound Suite. This major project has been undertaken by Jett Plastic Recordings of Detroit. https://www.jettplasticrecordings.com/

Cary Loren at BookBeat in Oak Park is completing his reissue series of Sinclair’s four publications by the Detroit Artists Workshop Press in 1965-67 with the release of a facsimile edition of FIRE MUSIC: a record, Sinclair’s second book of poetry originally issued in 1966. https://www.thebookbeat.com/

Sinclair’s long-awaited jazz work in verse dedicated to the music and life of pianist Thelonious monk, always know: a book of monk, volumes 1 & 2 will be issued in 2020 by the Trembling Pillow Press of New Orleans), who have earlier published his collection Song of Praise: Homage to John Coltrane. “I’m hoping the publication of the first half of this work, started in 1982, will inspire me to go ahead and compose the rest of the poems for volumes 3 & 4,” Sinclair chuckled. https://www.tremblingpillowpress.com/

RJ Spangler & the Planet D Nonet will issue a double LP recording of the Nonet with John Sinclair reciting verses from always know: a book of monk with music comprising entirely of Monk compositions performed by the nine-piece orchestra led by RJ Spangler & James O’Donnell. http://rjspangler.com/

Finally, Horner Press in Flint has just agreed to publish Sinclair’s new book of poetry titled Blow Baby Blow‑Uncollected Poems 1964-2020, which will be accompanied by a double-album digital download of poems from the book set to music and recorded with a variety of musical artists and ensembles, drawn from several of Sinclair’s more than 30 albums in release.

These products are released under the auspices of the John Sinclair Foundation, with representation by Ben Horner of Horner Books in Flint. Please contact Ben for further information: chefbmoney@gmail.com